The Bear Goes Over the Mountain 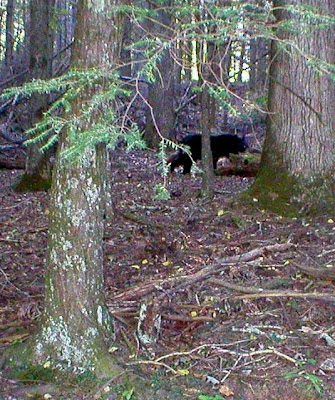 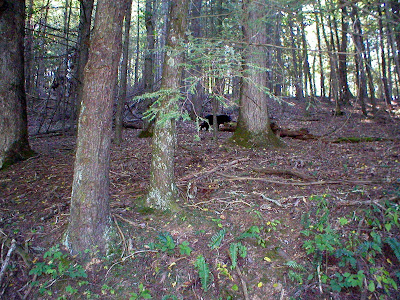 Yesterday we were exploring and some of the locals we talked with highly recommended we take the road in the park to Cades Cove. It is a large valley in the south of the park that was once a farming community of about 700 people. It was founded in the 1830. There is an 11 mile loop road around the valley and 2 million people visit it every year. There are houses and churches you can go into, and farms set up. The fields are kept cut and the elk come down to feed there in the evening. We saw deer, a coyote and one small bear. It was a beautiful and peaceful area, lots of cars on one way circle. Any time wildlife is spotted, it all grinds to a halt and people jump out of their cars and run up with their cameras. Duh. This little bear wasn't concerned with the gawkers. I did not get out of the van. This was close enough. Paul saw a bear earlier in the day, he told me it was between the two trees, but I couldn't figure out with two trees, out of a trillion, he meant. It was a much bigger bear. This one was under 100 pounds.

and this is why we want to stick to less rural areas...

When we drove north we saw all the shopping malls north of Charlottesville. And at least one nice subdivision of big houses.