No pictures of the Ice 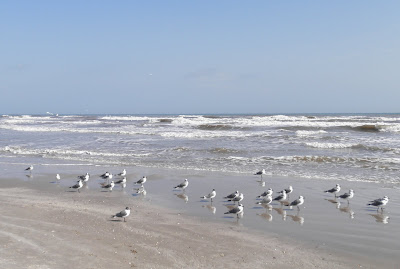 The beach is beautiful and no sea weeds. 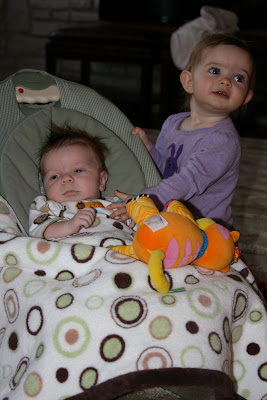 Just so I don't have a blog without pictures, Lane and Emily, two youngest grand babies.


The ice wasn't that pretty, it just isn't the same on palm trees as it is on trees and shrubs up north. It was a pain in the butt though. We had been at Javiar and Susan's in town and when we left the roads were just wet. Their wooden staircase and landings was very icy and slick. The van was ice covered. It doesn't seem like the road froze over at all. When we got to the motor home our metal steps were totally an ice rink. I just pulled myself inside using the hand rails. Paul just crawled in.

We were lucky, many people were injured before they noticed the ice. A few cracked heads, Tom fell on his little deck, legs flew out from under him and over the edge, he was only stopped by a strategically placed post. Between his legs. Then he hit his back, and then the back of his head.

Our friend, Shirley, who we stayed with this fall in Colorado Springs, fell and broke her hip, they called 911, and all the crews came out but the bridges from the island were closed because they were all iced over. She spent the night and half the next day in the recliner in her trailer. She has surgery today.

In Corpus Christi four cars were stuck on top of an overpass all night because of the ice. One man ran out of gas and had icicles on his eyebrows when they rescued him. At the risk of being insensitive WTF ???? This is weird in so many ways.

Sunday we went to church, the beach and stayed home to watch the Super Bowl. Great ads, loved the Eminem Chrysler add about Detroit.

Katie, Lane and Mark are coming this week. We are so excited. Katie's birthday is Wednesday, have to find some gifts!
Posted by Marjie at 8:14 AM