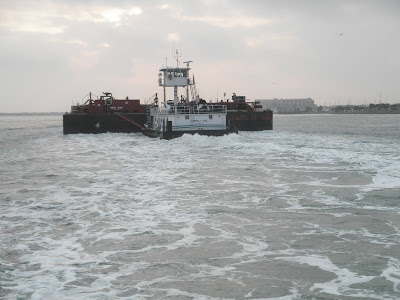 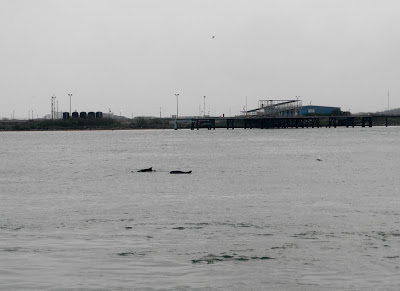 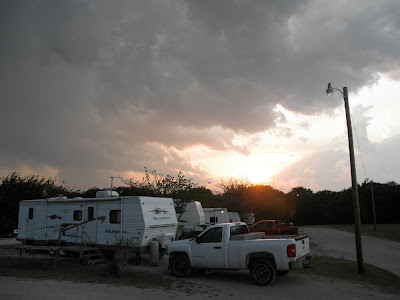 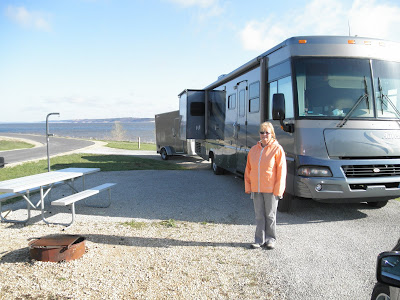 Our camp site, lake behind us

We watched the weather for a week before carefully choosing to leave Port A on April 14, checked the forecasts for Oklahoma City, and Manhattan, Kansas. There was a south wind all the way to Kansas. And we did have a warm wind through Texas. It was 94 degrees driving though Fort Worth. We stopped at Rockdale for lunch, it took extra time but it was worth it, great hamburgers.

Not far into Oklahoma the clouds looked ominous and threatening, I turned on the weather band on the radio and the tornado warnings were just ahead of us, from mile marker 22 to 45, we were at 14, and we didn't have an exit until 21, so we went to the gas station there, Paul was talking to others guys who stopped, keeping an eye on the clouds. I went online to see what was happening, and I have to tell you, the weather channel wasn't very helpful. So watching the cloud right in front of us, maybe a mile away, some clouds came down and started forming a loose funnel, with just the start of rotation, then it went back up into the big clouds, this happened 3 times before the clouds moved east. Just east of us there was a tornado that killed two people and did a lot of damage. Later we had another storm with hail. We stayed at a RV park right behind the gas station. We were thankful for the slow hamburger at lunch, if we had been earlier, we would have been right in it. And we didn't get hungry all night.

During the night it turned cold and windy. Very windy. Paul fought the wind all day, felt like a NASCAR driver, turning left all the time. The winds were 20 to 30 mph with gusts to 50, which is enough to blow a large motor home into the other lane. We were tossed like eggs in a basket. It is hard to read some of our gauges and Paul didn't know we were getting 4 miles to the gallon mileage until we were almost to Manhattan, and he drove slow, had to. Oh well, we got here in one piece.

We are camped at Tuttle Lake Park, a federal park, so with our card it is $9 a night. Right on the lake, with electric and water. Not too far from Julie's.

We ate dinner at their country club, it was good and the kids were very good. It was cold and windy and was snowing when we left there. We were home by 9, and slept like rocks, it was cold, 34 degrees, but the wind laid down by dawn.
Posted by Marjie at 8:17 AM

That's only a dollar a mile, not bad!