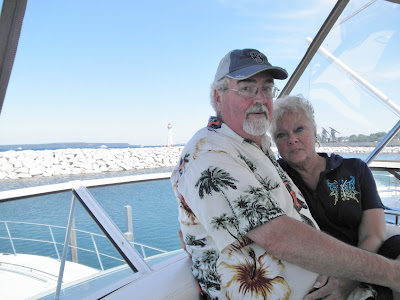 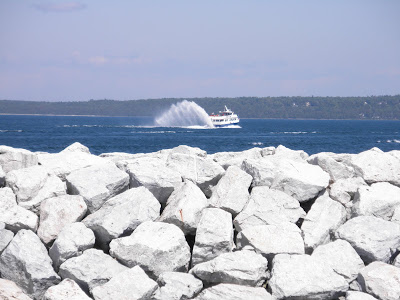 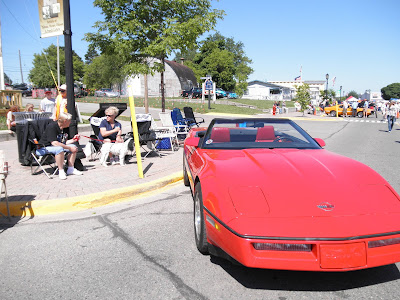 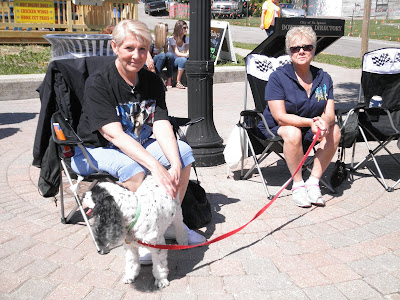 Deb and Bev at the car show with the cute dog


We left in pouring rain on Thursday for the car show in St. Ignace, which is a shadow of its former self, no burn outs, no cops, no drunks. Safe and tame. Lots of old people and families.

Since it was raining and Friday was supposed to be rainy too, we drove the SHO instead of the GTO. No clean up that way, and a very comfy, fast ride. Thursday night we went with Roger and Bev to the casino, I won $90 on the first and only three quarters that I put into a slot. We ate at the Mackinac Grill, the Whitefish was perfect. Yum. Then we went back to the Moose Club and had Chocolate Pudding Shots, only $1 and so yummy, vodka and Bailey's.

Still rainy and drizzly on Friday, we drove to Hessel, and the little casino there, then to a bar in Cedarville for lunch and talked about the good times we have had there with boats and the LeCheneaux Islands. That night we ate at the Moose Club and they lost our order. Not so much fun as we waited over an hour to eat. The Whitefish wasn't as good there as I had the night before. The long wait for dinner made us miss the parade, which was maybe a quarter of what it used to be. This is sounding like OPS!

Saturday morning met Roger and Bev and Fred and Deb at the Hilltop Restaurant for breakfast, it is on a hillside overlooking the lake, across from out hotel. Then we headed downtown to see the car show. Good food from the vendors this year, I had a Whitefish slider with garlic dill sauce and coleslaw on it, so good. Roger's cousin, Judy and her husband and kids had their 56' boat at the docks in town, and wanted us to come for a drink. The boat has 3 bedrooms and 2 baths, like a motor home in many ways. We enjoyed sitting on the top deck, great view. The other boat people were all snobby and unfriendly. No reason for them to act that way. I only got a little snarky.
Posted by Marjie at 6:32 AM