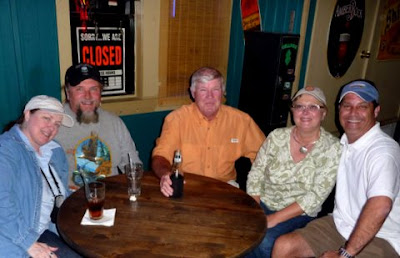 This guy wanted a pic with Paul's trophy wife. He just lost in the poker room. Note, you all know that I am older than Paul, right? 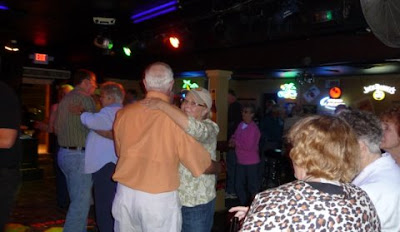 Dancing in the crowd. 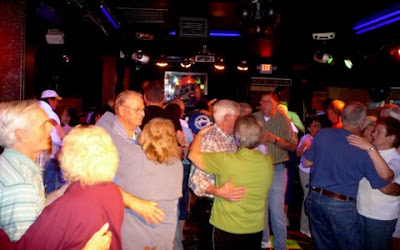 A big crowd for a Thursday night at 6 pm. 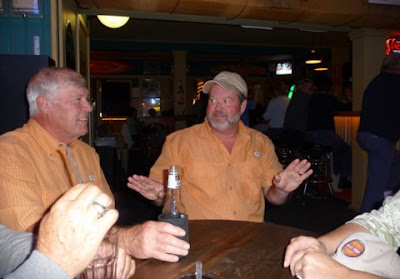 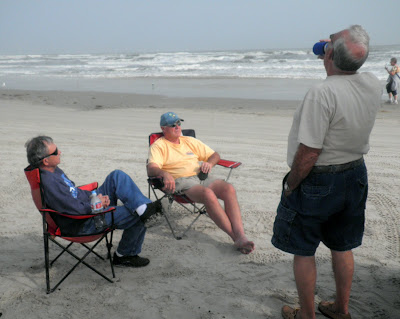 So, another busy week here. We had some beautiful sunny beach weather, walking two miles a day on the beach. Then it turned colder, down to 37 degrees at night. Windy. Pat and Tom and Bob were here this week. Good to see them again.

On Thursday night Bernie's had a rock and roll band that played oldies for the oldies. They were fairly good. They played for free. We got there after it had started, had burgers at the Wild Horse first. The joint was packed. Such a surprise, it was hard to find a table. Javiar and Susan stopped in to have a beer while Carlie was at school, he said he felt like he walked into the Cocoon movie. Nice to see everyone having fun and dancing. The Parrot Heads were meeting there too and, of course, the poker started at seven. That is a crowd also.

Saturday was cool out, so we went to Bernie's to see friends. I was talking to Jan and Miss Carol and I was introduced to Jodi, and we talked for hours. One of those instant friends things. Very cool. She is 40, lived here for 3 years, has a 3 year old and 21 year old sons. Our brains just clicked, very cool. Paul and William had guys to visit with. There was a benefit going on and we took home dinner, salad, roll, King Ranch Chicken and cake. Then Paul went with William and Mary Ann to the Moon Fire on the beach. I stayed home and washed my hair, too cold for me.

Friday we went shopping in Corpus, got massive groceries and stuff. Lunch at Bubba's. William got the fish hogie, it must have been a foot long - the piece of fish. Looked great and he ate every bite.

If the web lets me I will post pics now, and more later.
Posted by Marjie at 7:35 AM