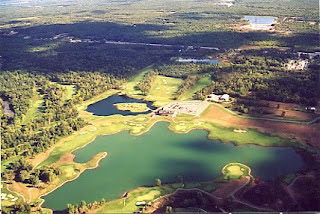 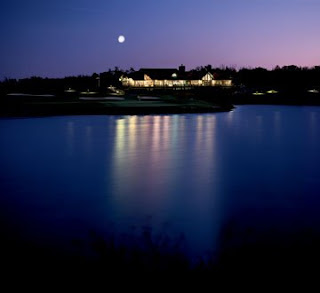 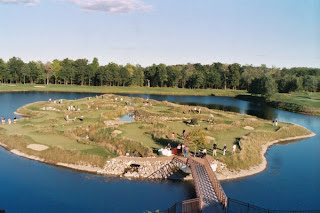 Here it is midnight in Michigan and I am on the computer. Too full to sleep, plus there is an awful lot of loud snoring in my bedroom. We went to Buck's Run Golf Course ( http://www.bucksrun.com/) for dinner with Tony and Virginia tonight. Thought we would end up at Bob's for fish and broasted chicken. And it would have been good. But Buck's Run was very, very good. The special was lobster tail and prime rib for $21. Plus a tasty salad and vegetables and potato and bread with oil. I tried the Red Current vinaigrette dressing, a little more tang than raspberry v. Can't remember the last time I ordered prime rib. It was, indeed, prime. Garlic mashed potatoes were delicious. My lobster was wearing a fresh orchid and a sprig of rosemary!
Paul had a steak salad. It was served with pita bread crusted with parm cheese. He liked it very much and also the bites of lobster, beef and veggies I slipped him. Tony and Virginia both ordered the special too. Tony and Paul enjoyed Blue Moon draft beer as well. We all had bites of the cream puff hot fudge sundae. Most delightful and a reminder of teen age shopping sprees at the Macomb Mall with a stop of Saunder's Ice Cream shop. Nothing like a stroll down memory lane ....
The photos are of the clubhouse at night and day, the course from the air and the putting course on its own little island.

We had a great table by the window overlooking the course. There was a wedding reception going on in the banquet rooms, a 50th wedding anniversary on the deck and a bachelor party at the next table. A very lively evening and a lot of fun people watching.

Marti and Woody spent Friday night at the lake, and then traveled up into Canada on Saturday for a weeks vacation. We had a nice visit with them on Friday. She is a tiny bit annoyed when my daughters and I don't write on our blogs every day. So we have to do better. But this was such a dull week, I did some gardening. Hate to write about pulling weeds.

And Charlie wants to see more Grandma pictures. What a sweetie, how could any Grandma resist that? Now I just have to remember to have Paul take some pics.
Posted by Marjie at 10:55 PM

I also get annoyed when people don't write in their blogs everyday.
She is missing out on an important part of the blog with comments!
I love to check back and see if people commented me back and then write them back, it extends the blogging experience.