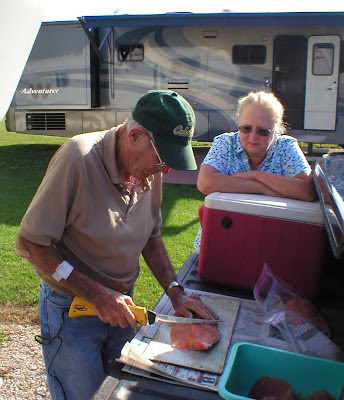 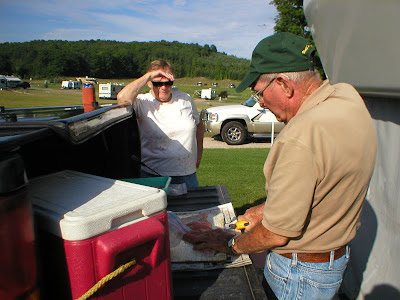 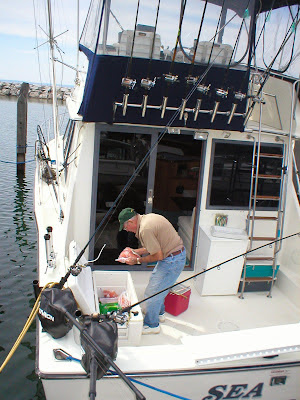 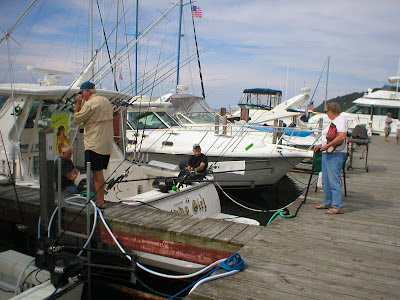 We have been semi planning a trip up north for this Tuesday, but on Monday morning it sounded like a good thing to do, right now. Started packing at 10:30 and we were on the road by 1:30 in the afternoon. We decided to go to Manistee and camp at the Little River Casino. The closer we got to the lake, the cooler it got. A good decision to leave. It is a nice campground full of old people who are very quiet. Good sleeping.
So we did a little gambling, Paul won and I lost 51 quarters in a very few minutes, without winning anything. We went over for breakfast in the morning, half price if you are card carrying gamblers, which we became very fast! Then Paul went and won some more money. Paid for gas and breakfast! Mr. Lucky.
Our plan was to play golf but it rained, so we drove up 22 through Frankfort, Glen Arbor, etc to the Wild Cherry Campground to visit with Rex and Nellie, friends we met in Texas. Rex turned 84 on July 9, Nellis is 82. They both look and act much younger. On July 11, Rex fell headfirst down a spiral stairway at a local restaurant. He is still was wearing some bandaids, he had a broken rib and a cut on his head. Nellie says that all their clothes had blood on it. He is recovered enough to go fishing at 4 am today. We went with Nellie when she picked him up at 5 pm, he was still going strong and he and his fisher friends don't even eat lunch. Maybe that is the trick! He caught several King Salmon. I have pics of him and the fish as he was cutting them up. And his friends boats.
Then we went to a little place called Happy Hour for dinner. Rex and I had amazing fresh perch, Nellie had clams and Paul had a steak sandwich. Very good food, and way out in the sticks, we will never be able to find it again.
Tomorrow I will post photos of Nellie doing something I never thought I would see, stand by for updates.

Better not be dancing naked on tables.
Andrea