Dunmaglas Golf Course Is the best! 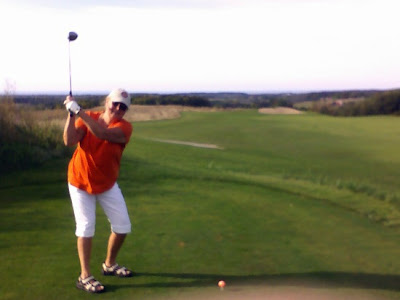 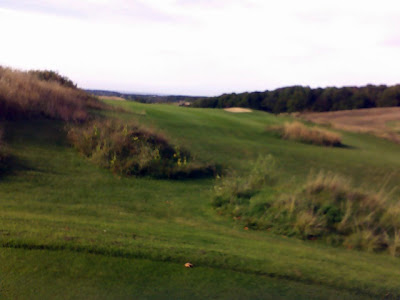 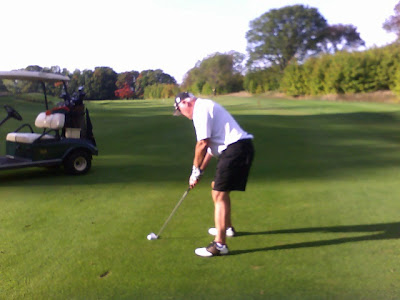 Paul and I played Dunmaglas again today. After 4 pm you can play 18 holes for $20, including cart. We played best ball so my arms didn't fall off. This course is so nice that I would get confused when I was driving the cart, the fairway was as nice as the greens on most courses. Am sure I broke several golf cart rules. It is very beautiful and dramatic also. We only saw one other couple on the course. Paul says it is the best course he has ever played, and he has played quite a few.

Battery died on my camera so these are phone photos, not sure my camera would have shown the details any better. These were taken on a very long hole that is all downhill. Lots of smaller hills too, that had big crater like sand traps on top.
The bottom pic shows some of the trees turning. There were also colorful crab apple trees and Russian Olive shrubs, and deer and turkeys following us around. The deer were quite interested in us. Often crossing the fairway in front of us. One of my shots into the sand landed in a deer print.

Had dinner at the Boyne River Inn again. Paul had a huge hamburger, I had the Whitefish Almondine. It was good. The service there is always excellent.
Posted by Marjie at 8:37 PM