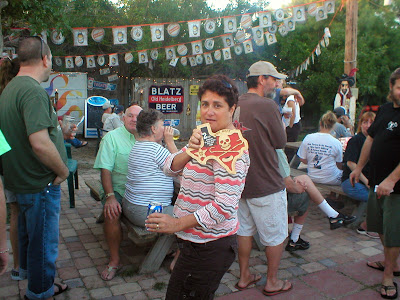 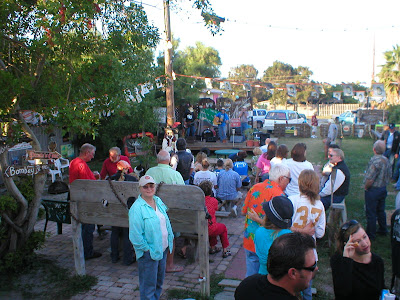 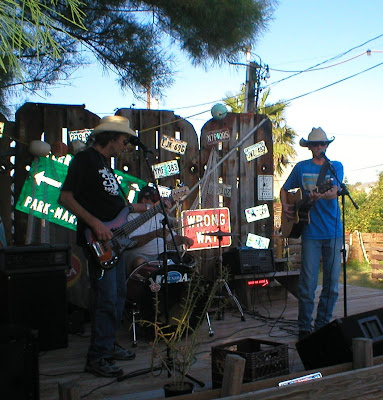 It is a southern custom to eat black eyed peas and ham for good luck in the new year. The Gaff has a "Pea Cook Off." Of course we had to go. Susan entered the contest. Her recipe was delicious. Some pots were very spicy, some were bland, some were just right. Beth won first place and $60 with her recipe. She is originally from New York, she sure became a first class Texan! She had been experimenting for some time. She used the canned beans, Rotel tomatoes with chilies, a ham bone, and bacon. I forget what else. They were very tasty. A young guy made a big pot that was quite a favorite, he put them in tiny cups and called them pea shooters. There were several plates of corn bread too, my favorite had sweet corn and chilies in it.
There was a band playing during this contest. Every so often someone would join them on stage to sing, play harmonica, or play the guitar and sing that song that they wrote in the 60s, or at least as much as they could remember, it was the 60s after all. They passed the hat for donations. They were actually quite good. Sang songs I have heard on the radio and they sounded just the same.
Pics: Beth and her Pea award. Me in the crowd, da band. As you can see the dress code is relaxed.
Posted by Marjie at 2:49 PM